I’m all over the place right now, mentally and emotionally, whereas physically it’s too hot to move. Also, have some horsies.

And yet amore and his father are working outside on the façade. When I tell them: at least you’re in the shade, they snicker in unison. I’m not comfortable blogging while they are working like this. (ADD-IT: I made us lunch, feeling a bit better now.) 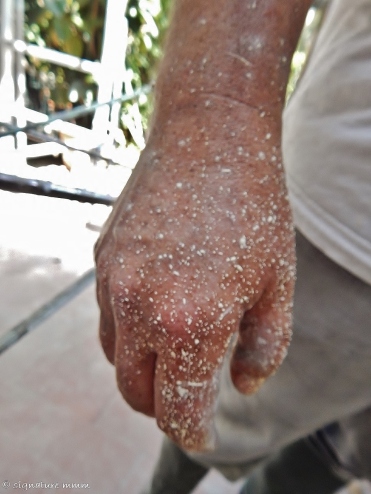 And yet there is stuff happening. The referendum results made me think I was the enemy. When did that happen?

The first thing I saw on Friday morning was an (otherwise “normal”) FB friend saying that he didn’t see it coming and asking in all sincerity should Slovenia follow suit. My cynical reply was that yeah, and could we throw in the question whether Bežigrad (my native Ljubljana community) should secede as well. But no matter what I may say or do will do much to prevent more and more people thinking in this direction.

It’s one thing to quieten one portion of your FB friends before a referendum on the law allowing same-sex marriage and same-sex couples to adopt children in Slovenia. Everybody who is against this is a bigot and I don’t want to have them around. Then referendum fails. Then migrants come, and some more “friends” go quiet. This may be a cosy way to live, but it solves nothing.

As I heard on FB yesterday, it’s hard to discover that you share your country with so many fascists. And since I tend to quieten them, or even better remove them from my surroundings, online or other, I don’t know how many there are. Before the Brexit referendum I haven’t heard a single acquaintance say they would vote for “leave”.

I’ve just read a fascinating recollection and recap by Slovenian journalist Barbara Šurk, who worked in the Middle East, among other places, entitled “Memories of Breakups Past”. It had been posted before the referendum results were in and something tells me she wasn’t surprised.

The article reminded me that today is indeed 25 years since Slovenia, my country, became independent. On this day the boards saying “Jugoslavija” were removed from border crossings and replaced with those proclaiming “Slovenija”.  It meant the start of a 10-day war. Which Slovenia won.

The next day I had an important meeting at Slovenian Press Agency. It was a brand new establishment, searching for journalists. My two friends, with whom I studied English and journalism, eventually started to work there.

This is how come that I am in Tuscany, one of the two university friends is in Brussels working for the EU, and the other is in Great Britain, an hour west of London. I would wonder how she voted but she is married to a Scotsman. 😀

Photos below are of a couple of neighbours, the mother and baby horse who is growing to be a fine mare, taken on many occasions and arranged in the order as taken. I promised to Maria, who is doing such a great work with her horse, that I’d show them. Today seems just the day. 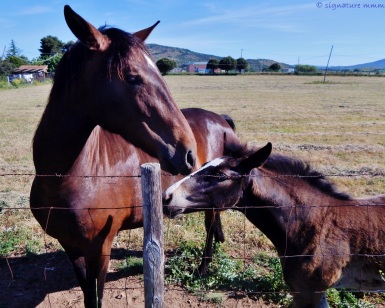 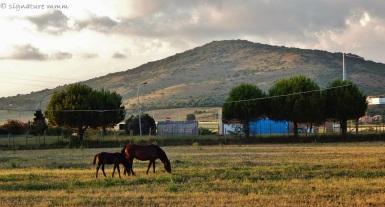 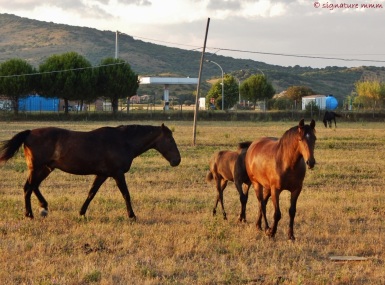 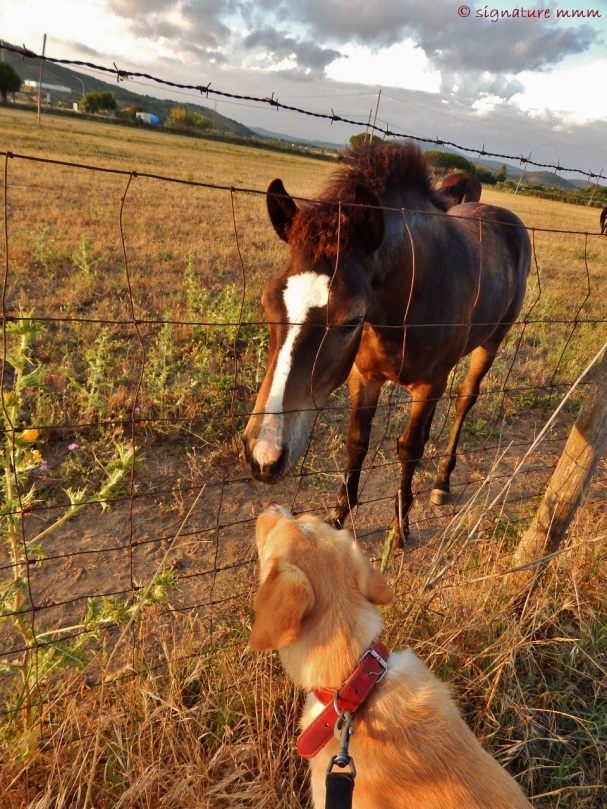 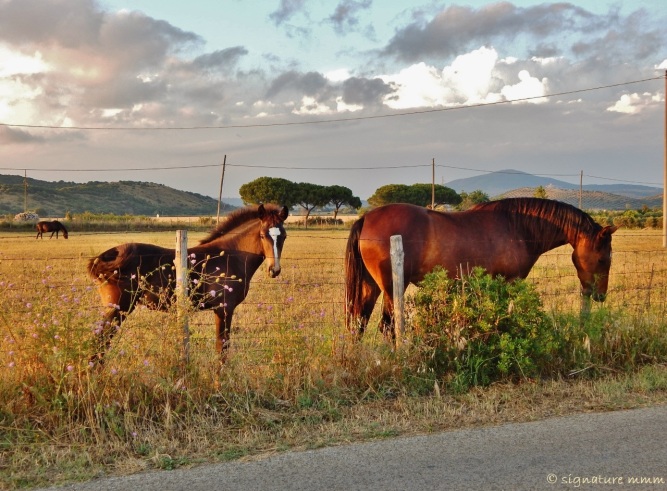 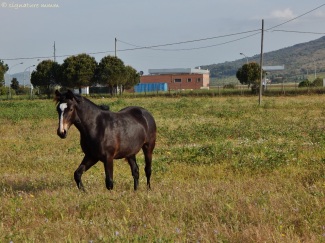 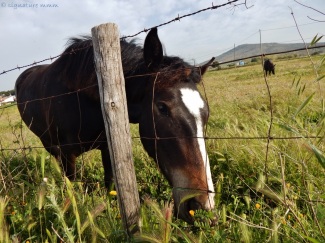 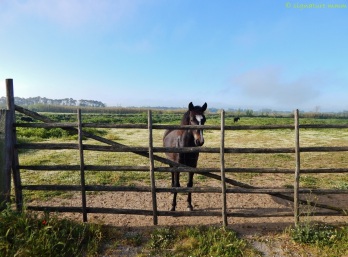 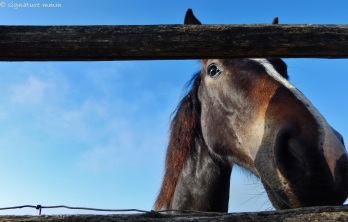 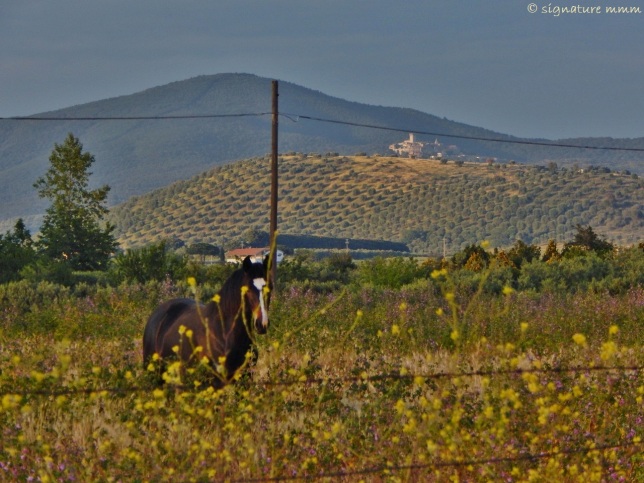 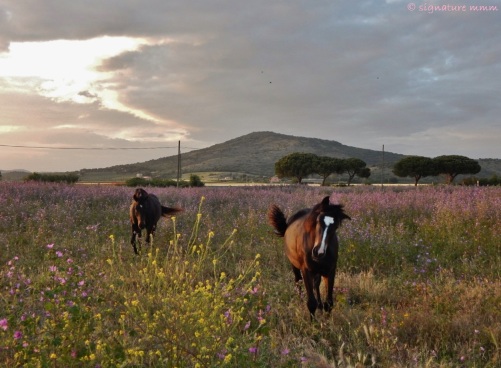 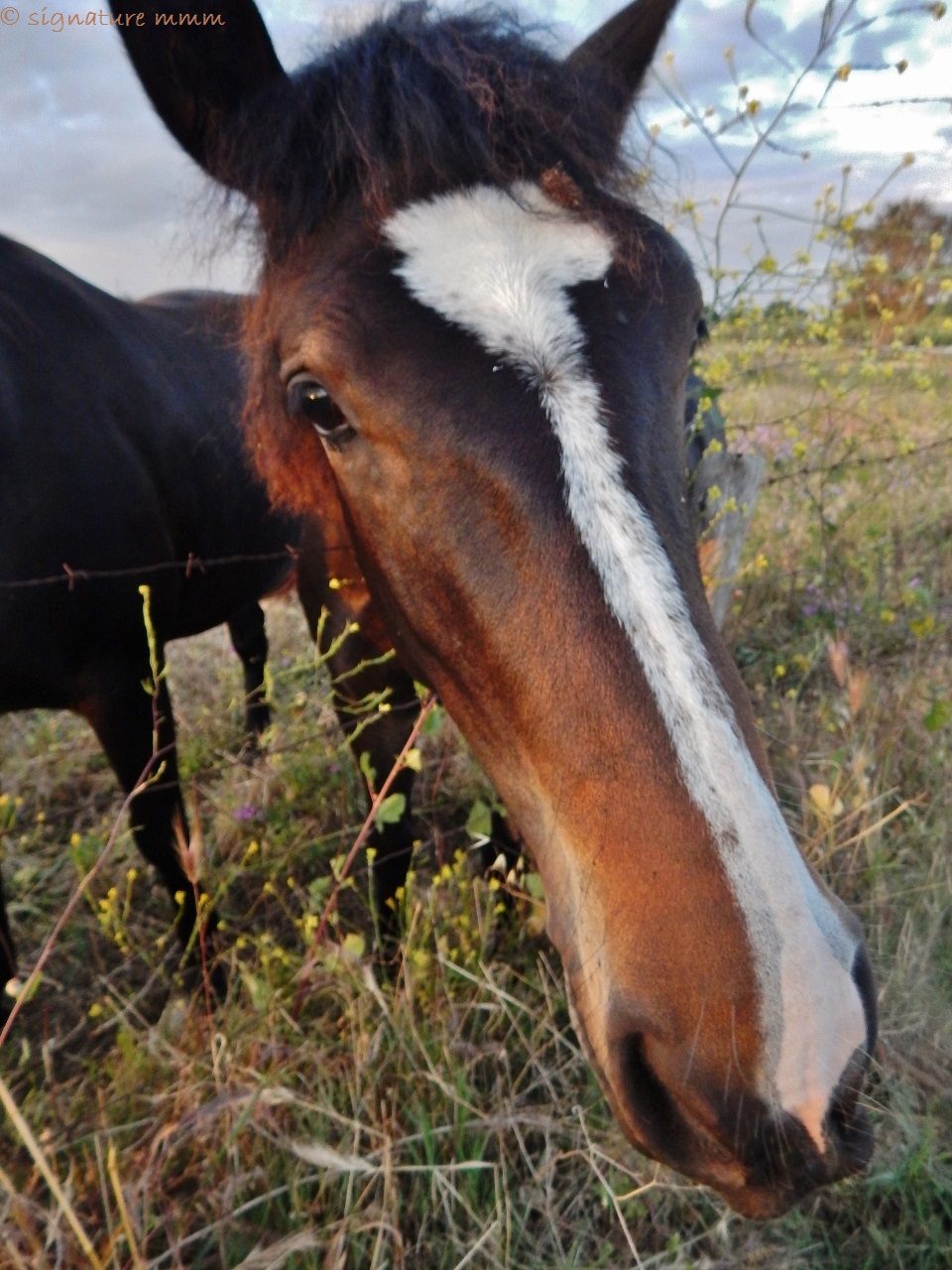 Happy birthday, Slovenia, you have grown too. Now it’s time to smarten.

And this is how I celebrate, a song from another war and another, now my country, in the version of Slovenian singer from the Pannonian plain, together with a Partisan choir and some other happy people.