What are we doing? What are they doing? Does anybody know, care or plan it? 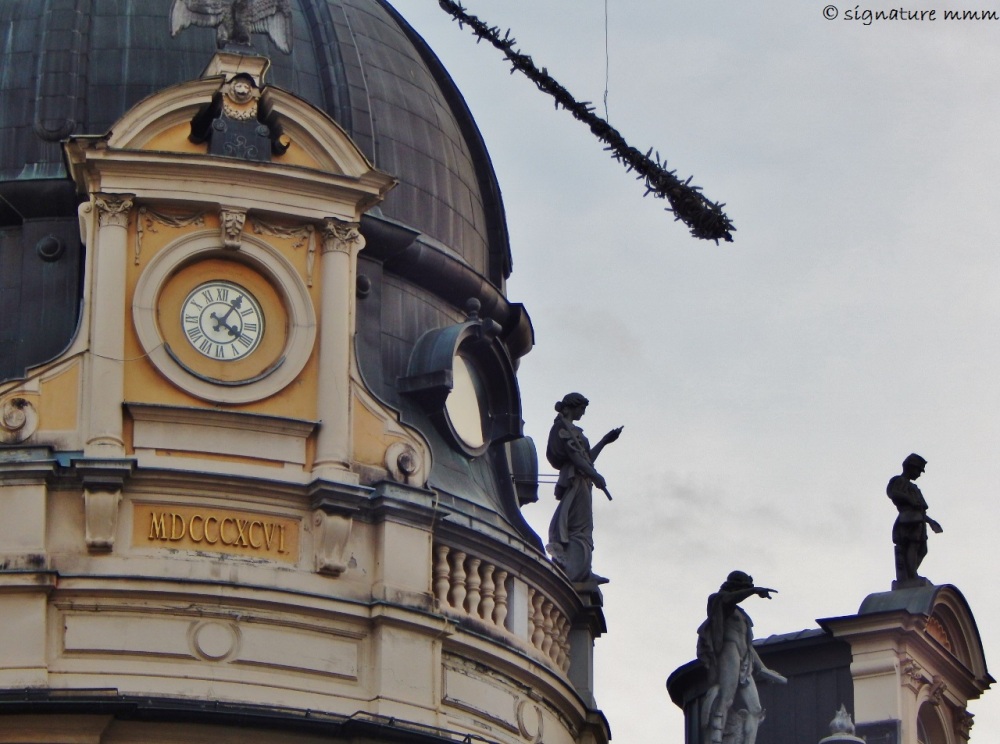 Out of all possibilities, I was closest to believing that humanity was a computer simulation, a game, but even for this an agenda would be necessary. A developer. At least spectators. As it is, I’m afraid, we are not even in that electric sheep dream.

I don’t know if you have almost three hours to spend for watching something that you already suspect, but this recent documentary by Adam Curtis is quite chilling, especially as it’s nearing the end and you get the feeling that everything we saw before has truly boiled down to this point in time where we are now, and from now on EVERYTHING is possible.

And yet we don’t have much choice but do what this graffiti suggests, spotted on the wall of the Autonomous Factory Rog, an occupied zone in the centre of Ljubljana, which so far has been fighting off authorities, also by dyeing an invading bulldozer pink overnight. In English it doesn’t rhyme as sweetly as in Slovenian but it means: “Start believing in this world again.” 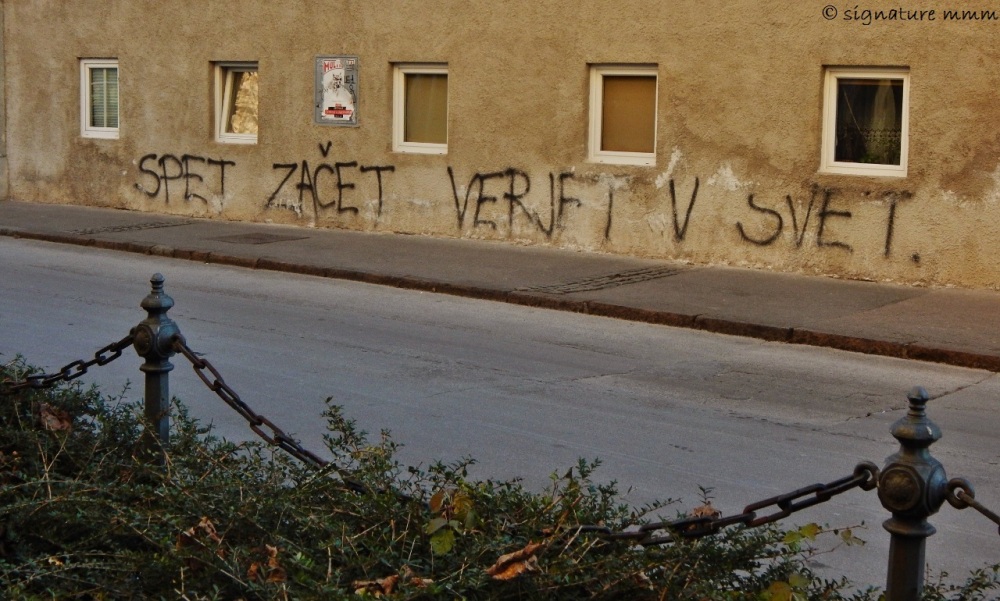 Much more street art from here and another Ljubljana autonomous zone Metelkova City in upcoming posts, when I emerge from this post-travel, lagging behind blogs, end-of-the-world funk which started when I heard _____ out of my speakers live from his press conference and thought it was wartime already.

Then I saw a tweet about American tanks entering Poland and thought it was “Today in History”.

The funk continues fuelled by continuously weird weather reports from the south, including Roma snow scares for Sunday which is when we leave it. And today a highly irregular, loud and forceful gust of wind entered amore’s father’s atrium and knocked about empty cat food cans, sounding like a train where no train should be.

But all this, as most things in life, is merely temporary. (Unless you are a character in “13”, either Hungarian or American version, the outcome is the same, far from temporary. But this is NOT a film for right now. Forget I mentioned it.)

If only the best minds of our planet were not busy sorting out phone upgrades, coming up with the best tweet to  #IfYourMomWroteYourTwitterBio (well… she says I’m the best!), or, you guessed it, posting dog photos.