Today I take you to my birth town, Ljubljana in Slovenia, to see some of its doors and one funny graffiti. If I can find it.

It was hot this August. Most of my holidays in the country of origin I spent by the sea but I managed to reach the capital too. It’s only an hour or so away. I had only one proper stroll though. It sufficed. These are the doors of its first part.

The novelty is that if you click on any photo, it leads you to my flickr account where I upload my photos now to save some space. You can view them in the gallery there but there is no text there. I suggest that you read the post until the end and then click on the last photo to view just the photos again.

I took the bus (once you board it, you can’t pay with cash at all any more, neither with green tokens of my youth, but only with prepaid Urbana – the London’s Oyster card lookalike) and stepped off at my old university building on Aškerčeva St. Well, one of it – since I studied English and journalism, I had lectures at two faculties.

Look at that! I wouldn’t even recognise it if I didn’t know it had to be there.

My plan was to find a piece of graffiti, just one line really, which I spied out of the car as we drove into the city. It was of the kind that can make my day, and I just had to take a photo of it. So I started to walk in its general direction and hoped for the best.

From my Faculty of Arts (I was always suspicious of this translation into English, since it was obviously called “Philosophical Faculty” in my language, but I learned my English here – they better know) I continued along Zoisova St. On one side there are a French language school with a difficult name and the most architecturally pleasing hair salon ever, and on the other Jože Plečnik’s Križanke amphitheatre. 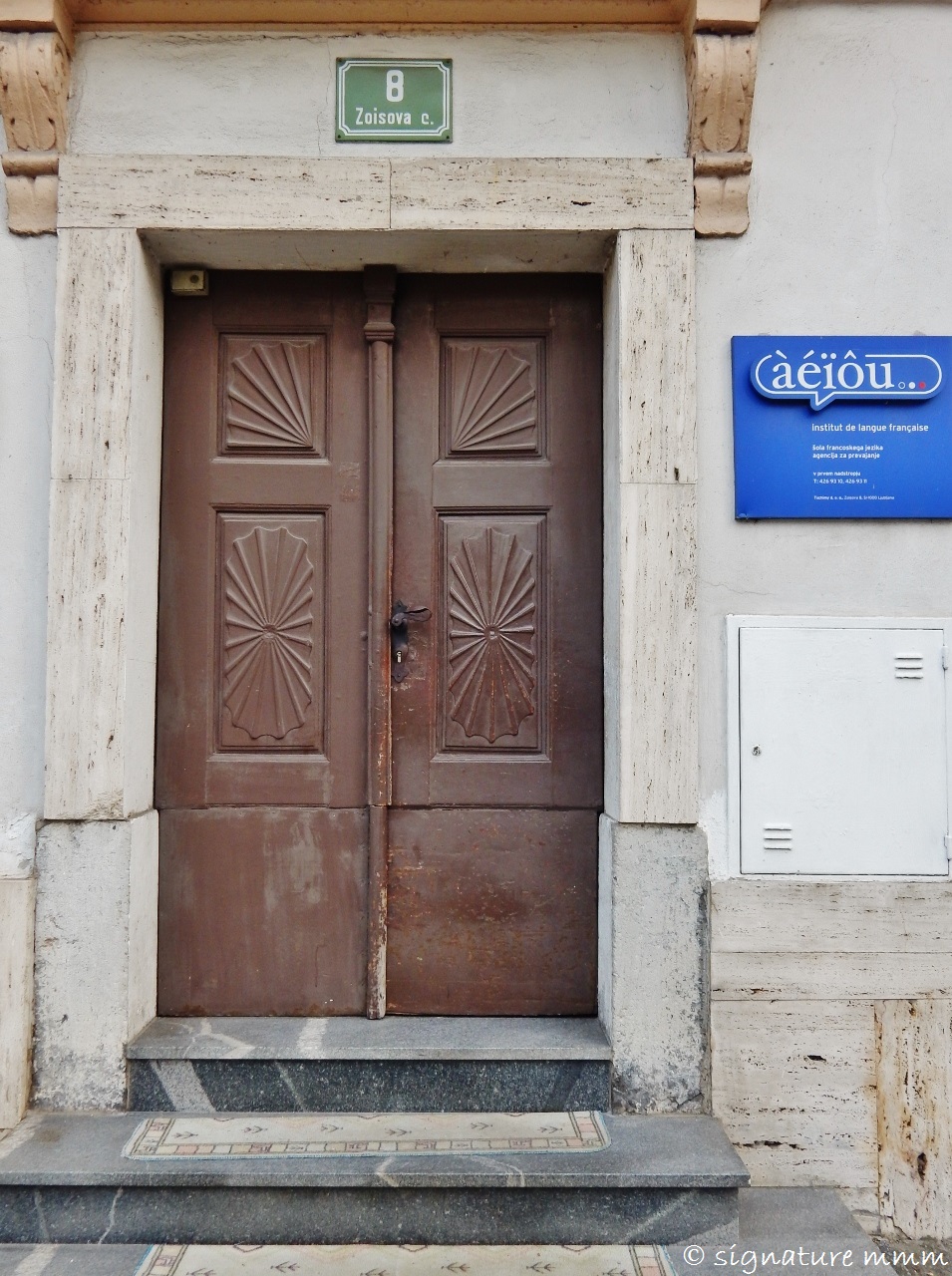 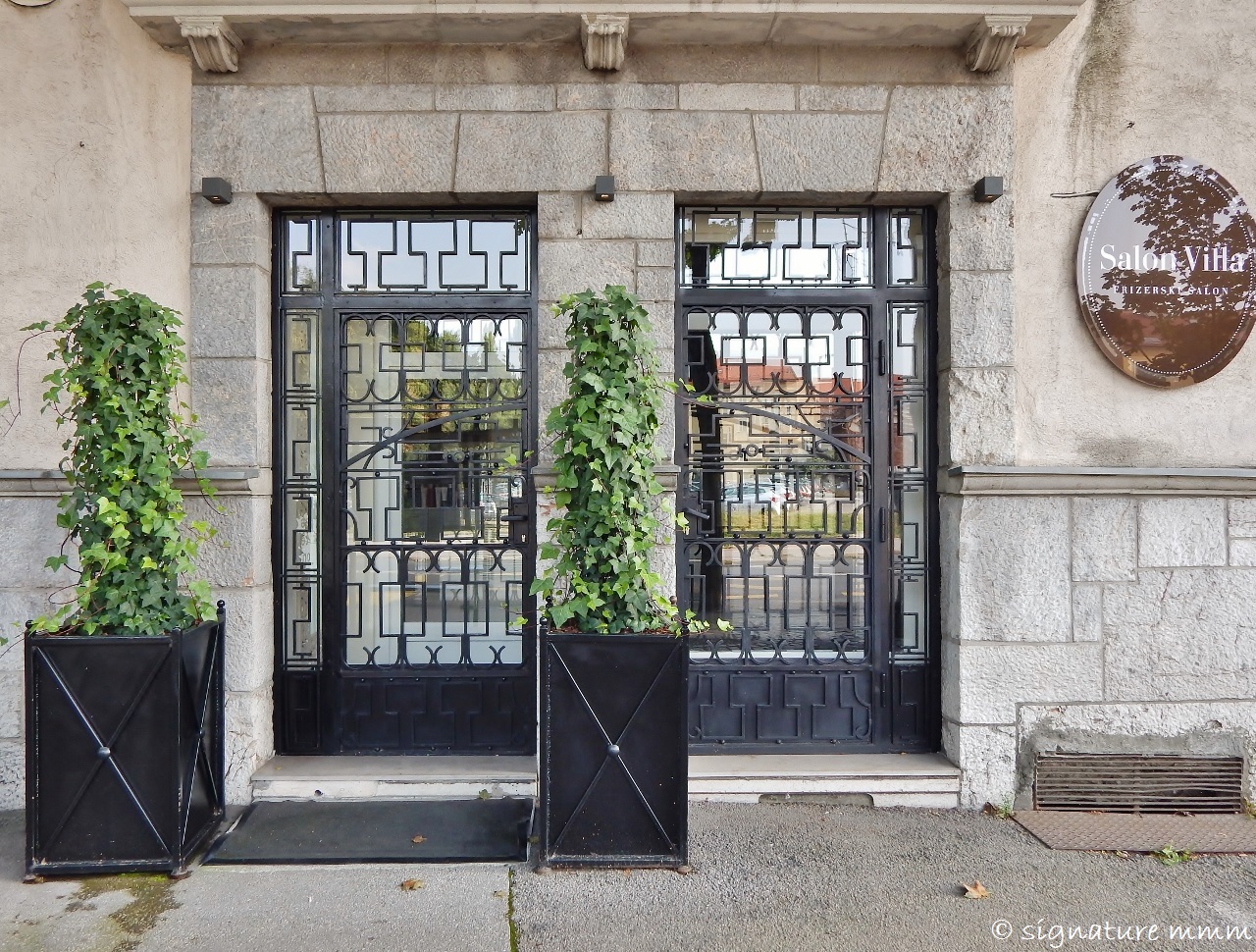 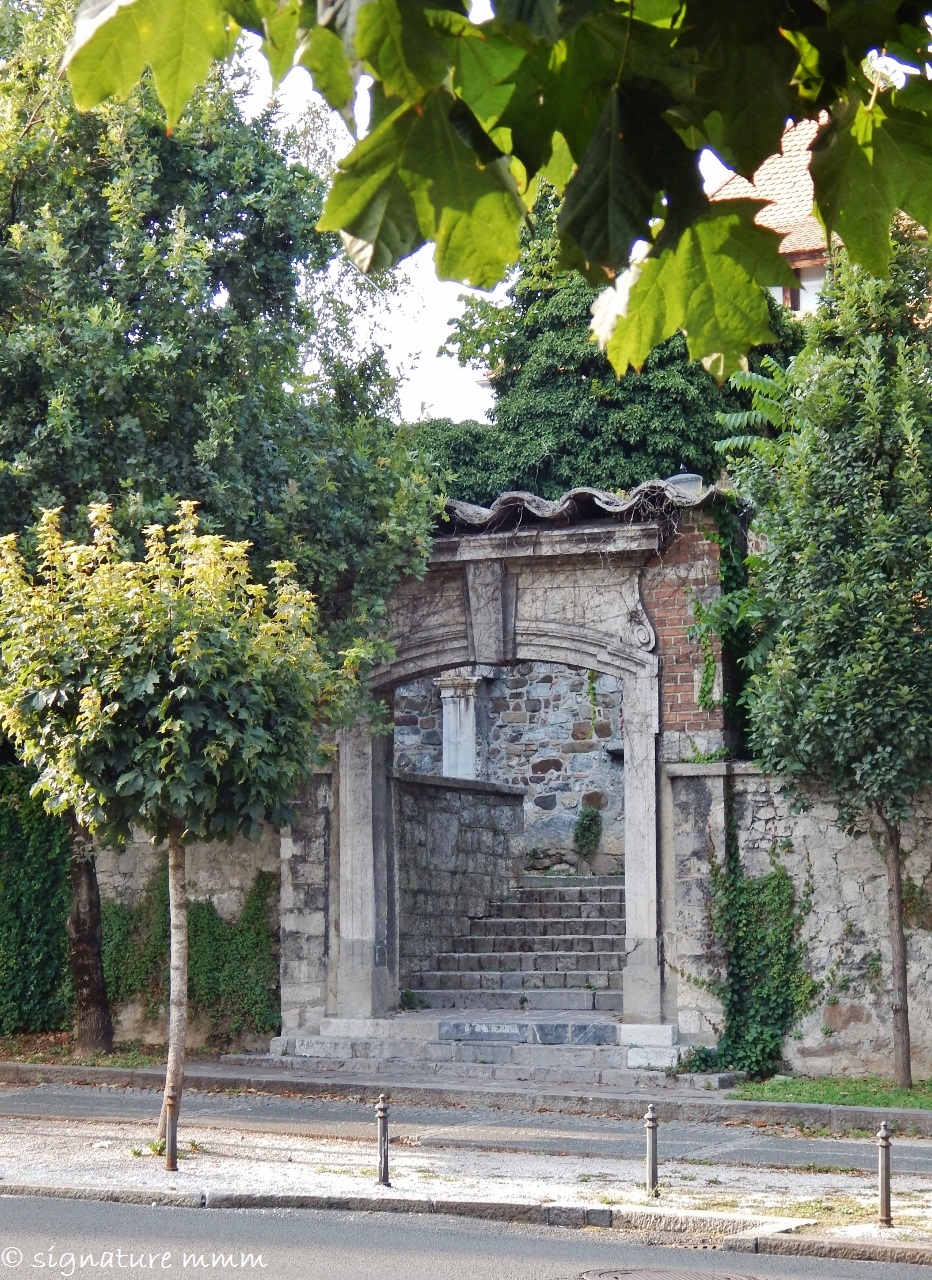 I went past Faculty of Architecture and its two buildings, the old and the new one. We shall be back here, I liked the surroundings. 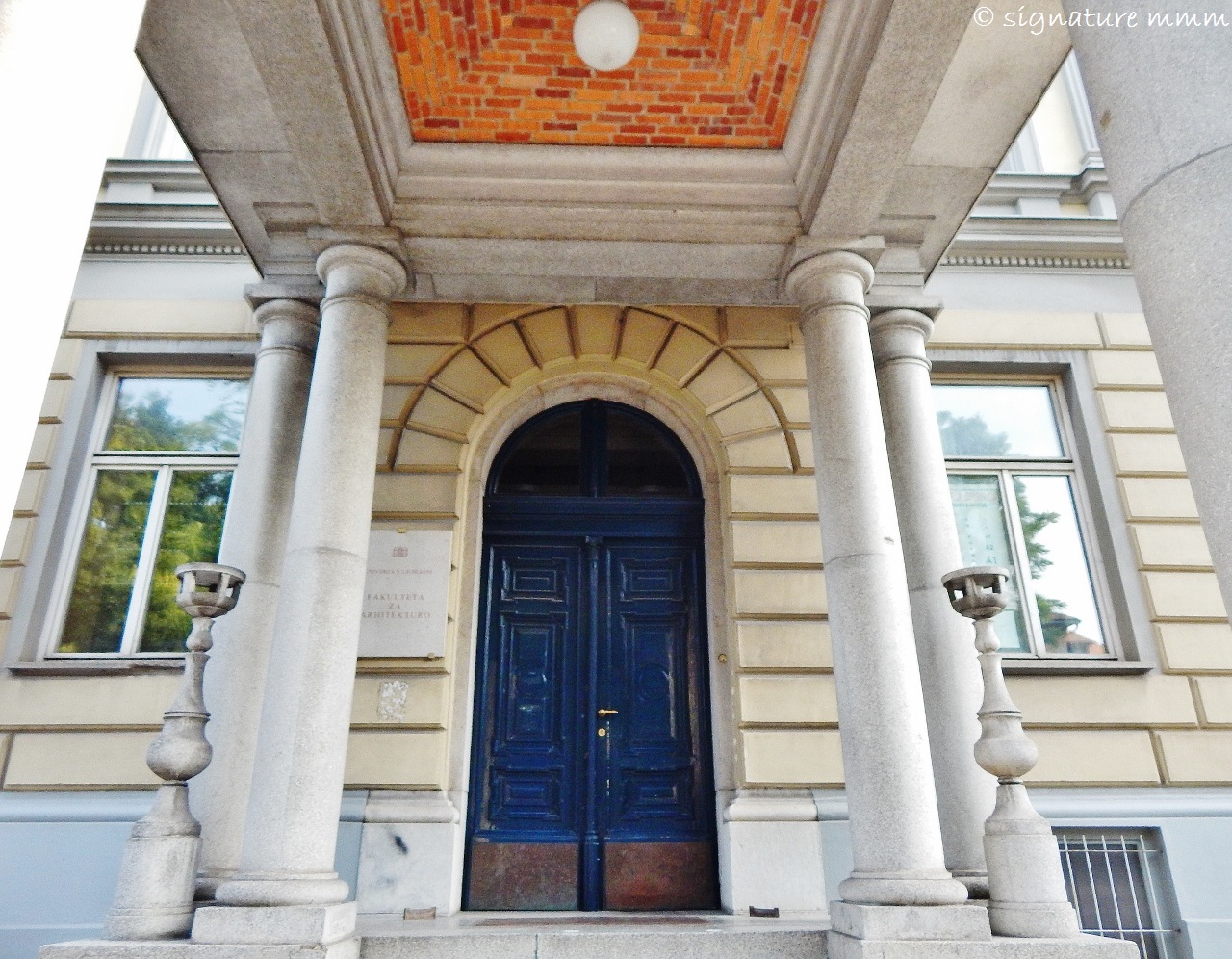 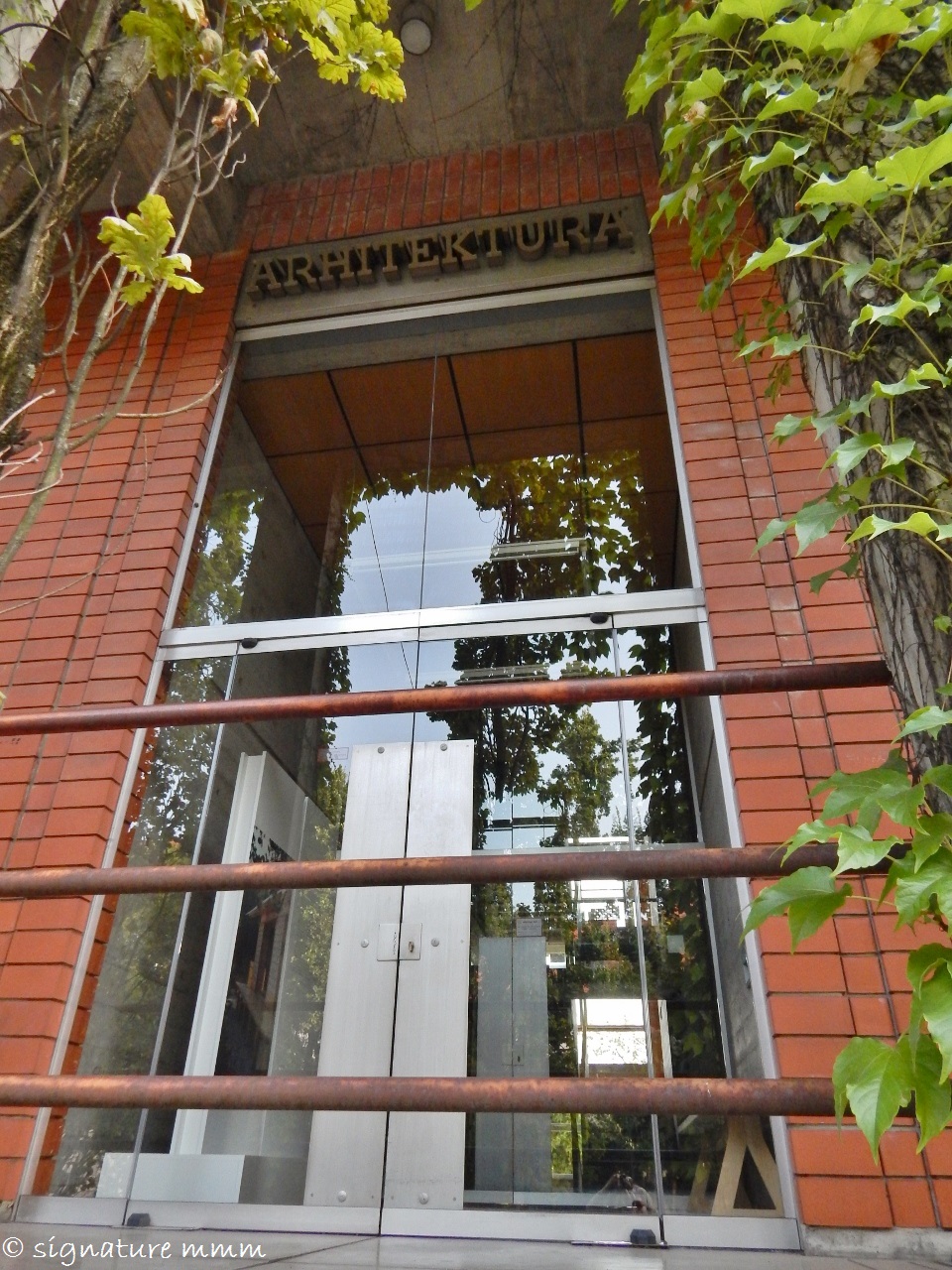 This is also where the Pyramid of Ljubljana stands (the capital P is to add delusions of grandeur. ) It is called Zois Pyramid and it was also built by Jože Plečnik in 1927. There are some lovely, but messy doors too. 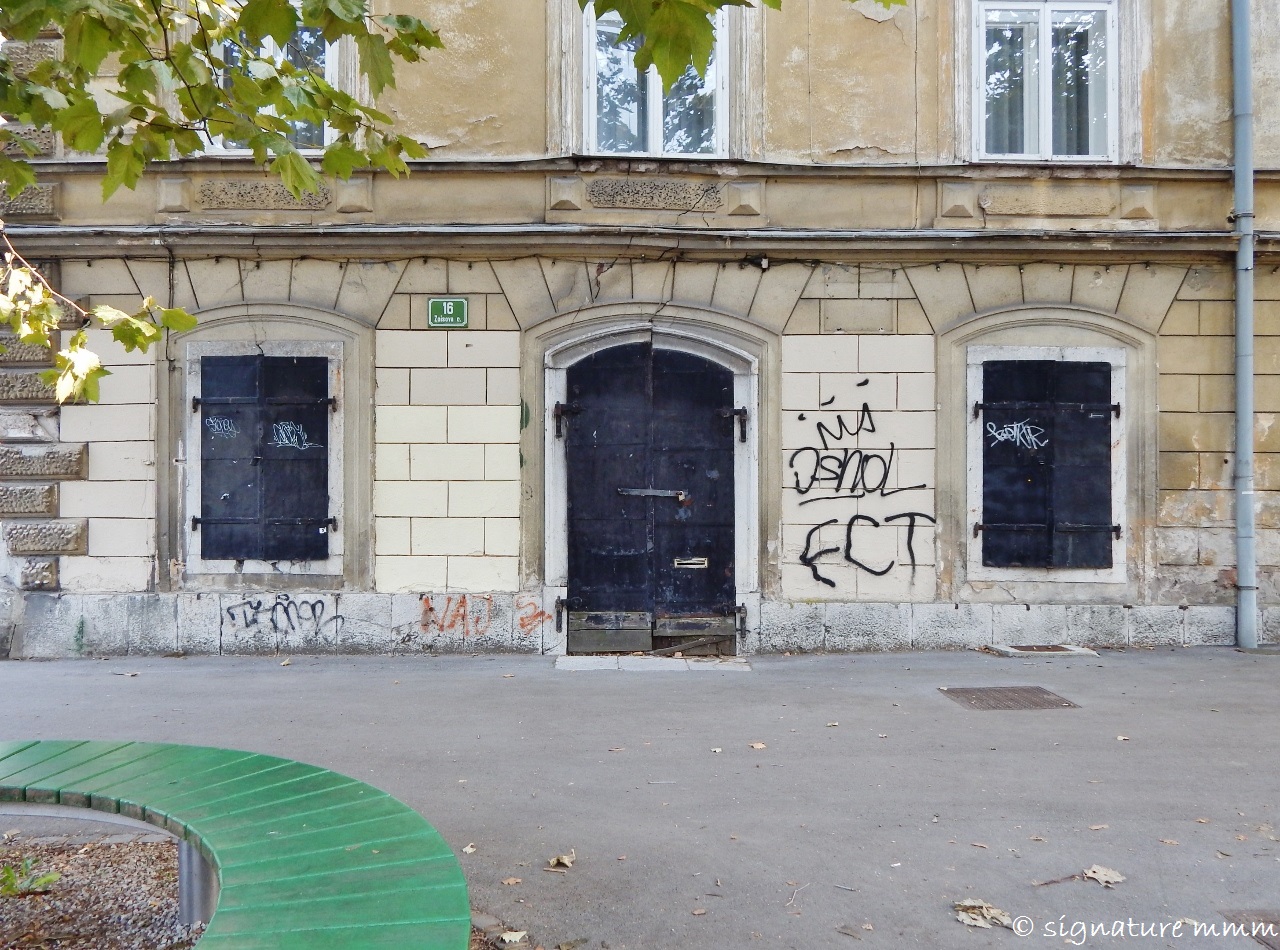 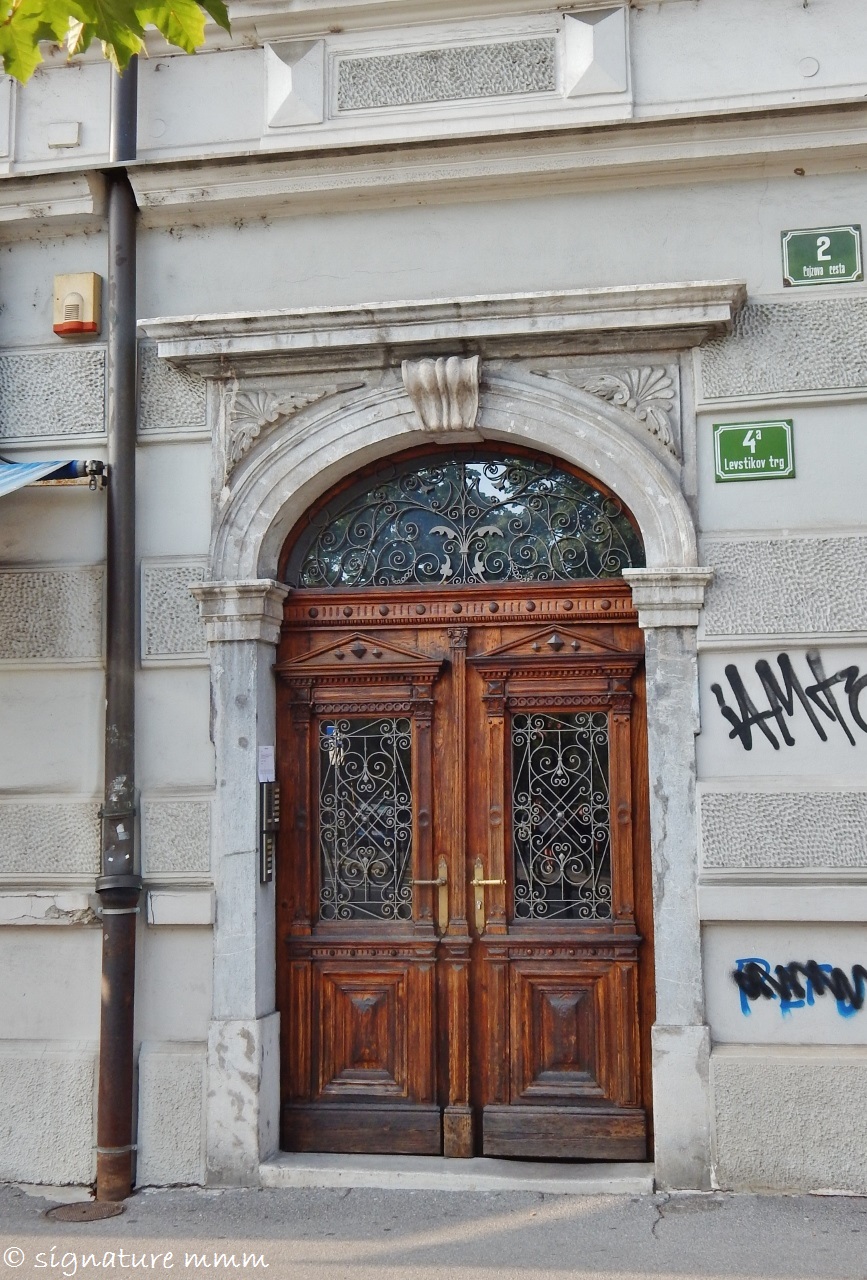 I crossed the Ljubljanica river at St. James Bridge which is no doubt called this way because St. James’s Parish Church is right there. This is one of the entrances. 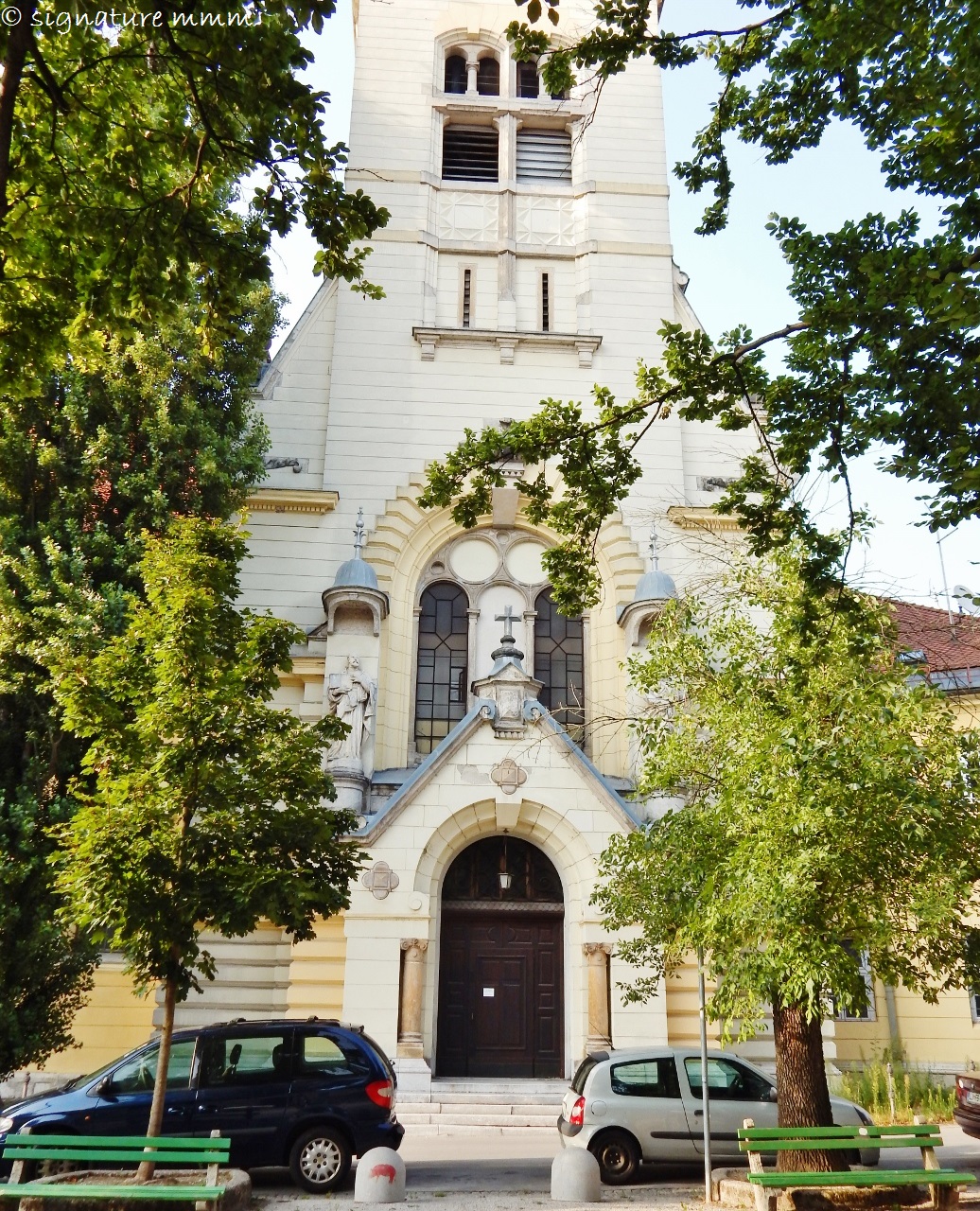 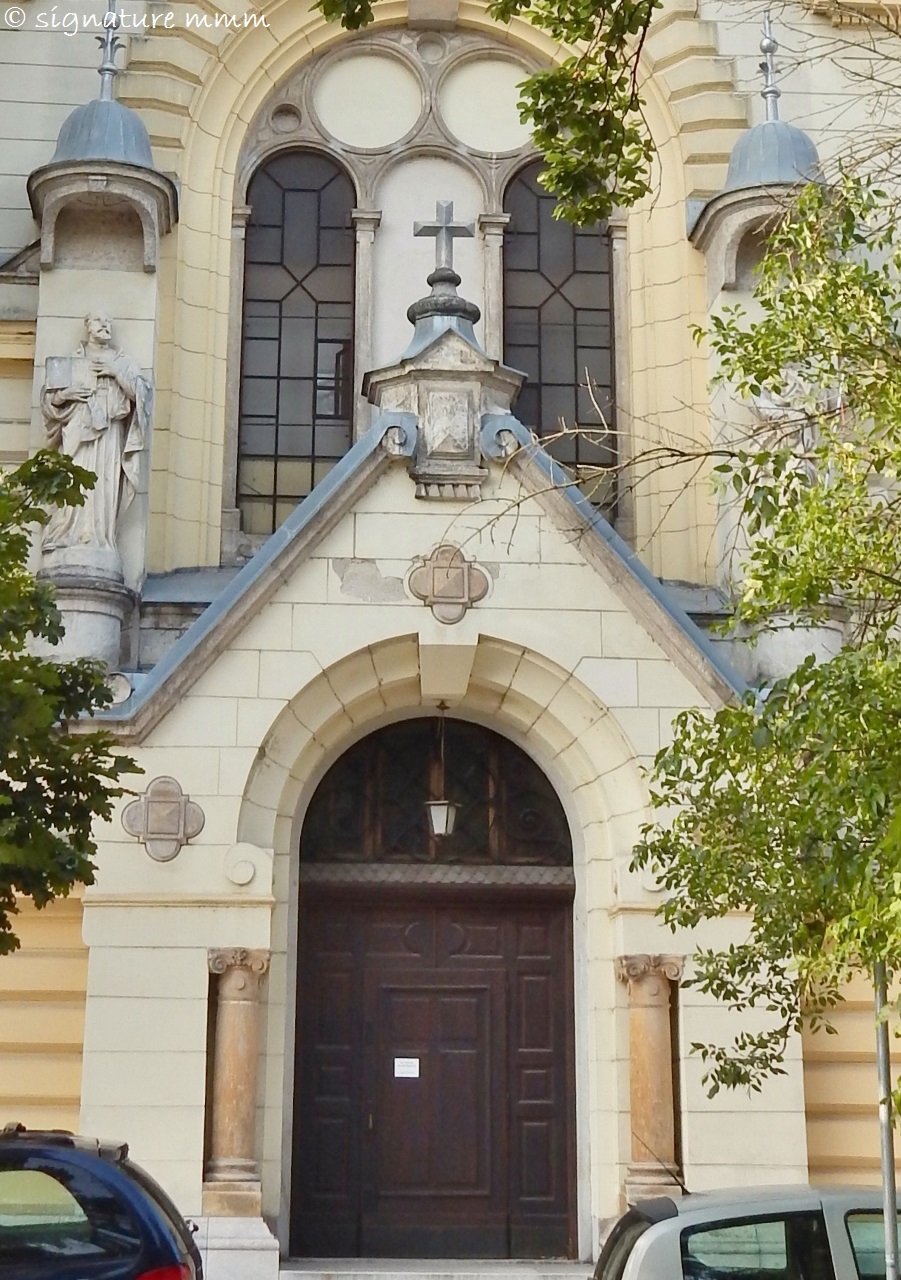 I kept walking along Karlovška St. almost towards the tunnel under Ljubljana Castle, but the graffiti was nowhere in sight. I couldn’t believe that it had disappeared in the few days since I’d seen it. There was a house over the street, however. Or better, the street passes through the house. Wicked. Just not so sleep-friendly. 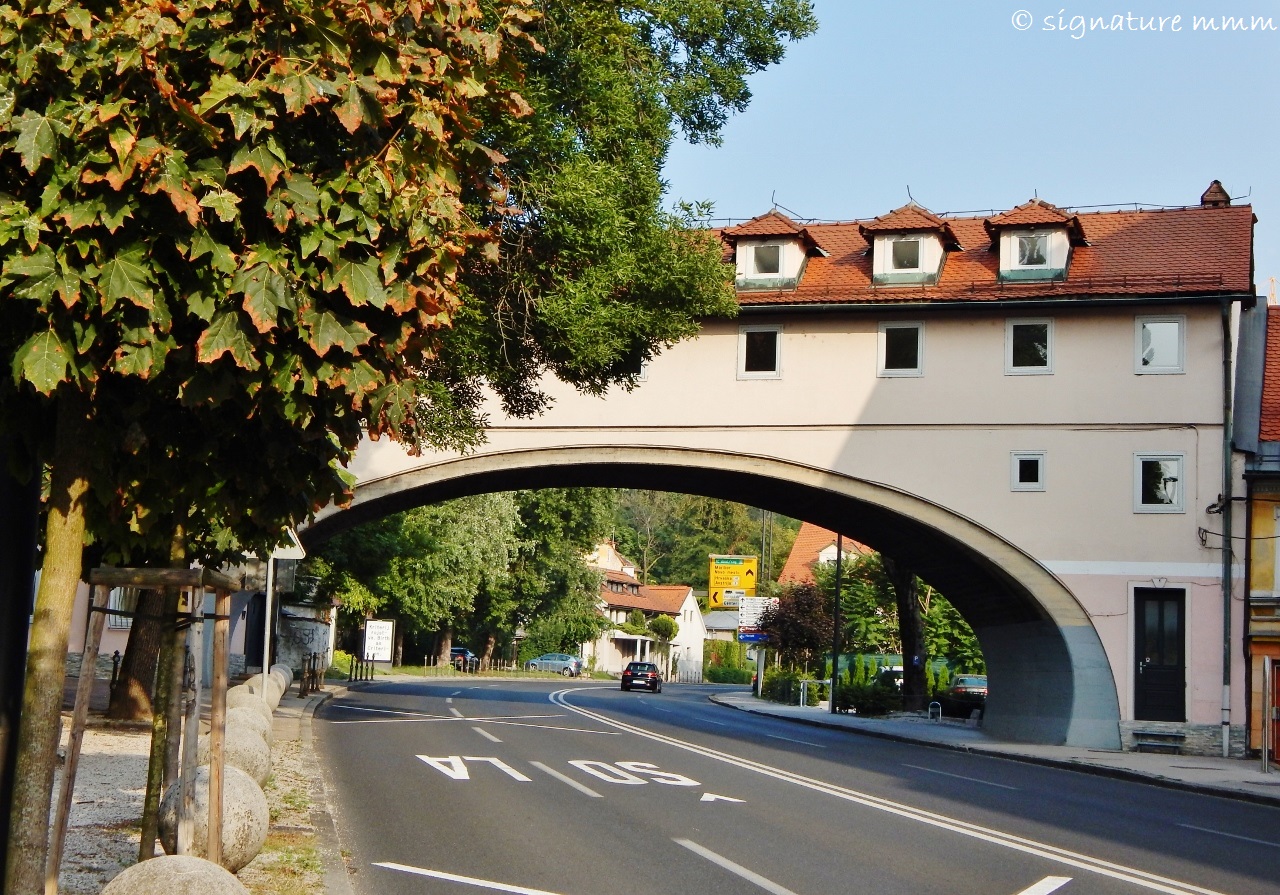 There were also plenty of doors, as you can see, so I didn’t complain. 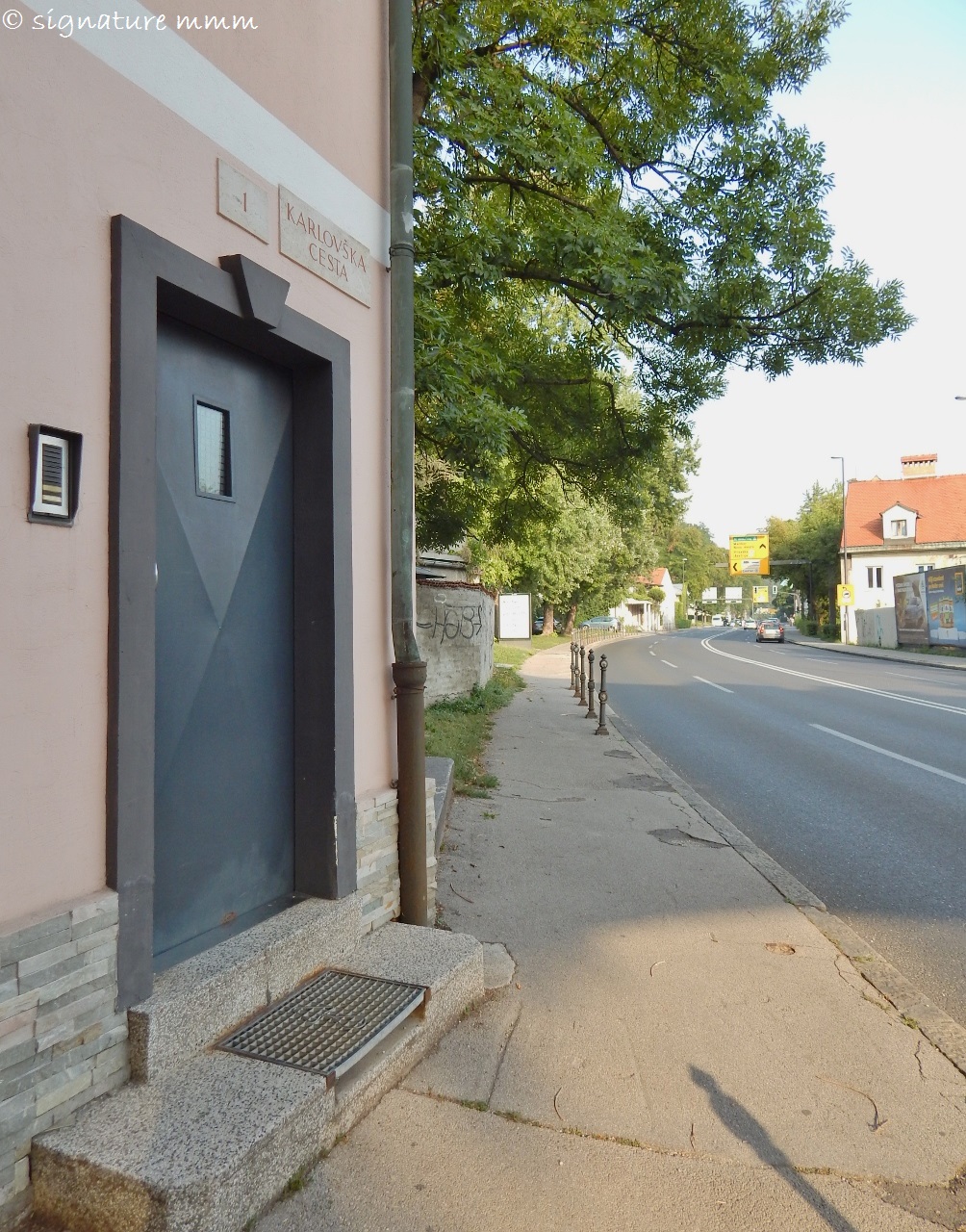 This is what I found just next to the tunnel. It had a stamp of “Lost”. Okay, Ljubljana, I take all the doors you give me, I thought, even the one locked inside the big metal gated cage. 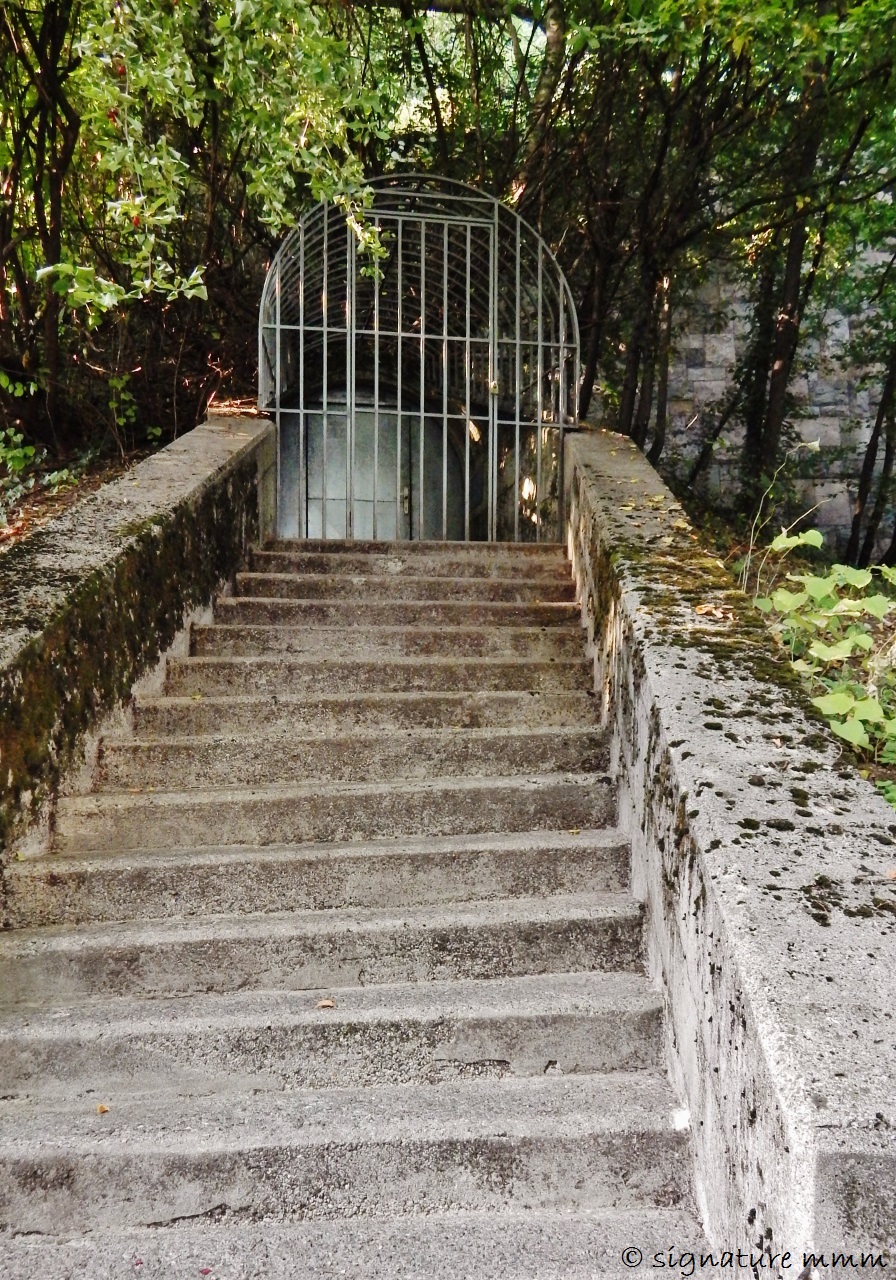 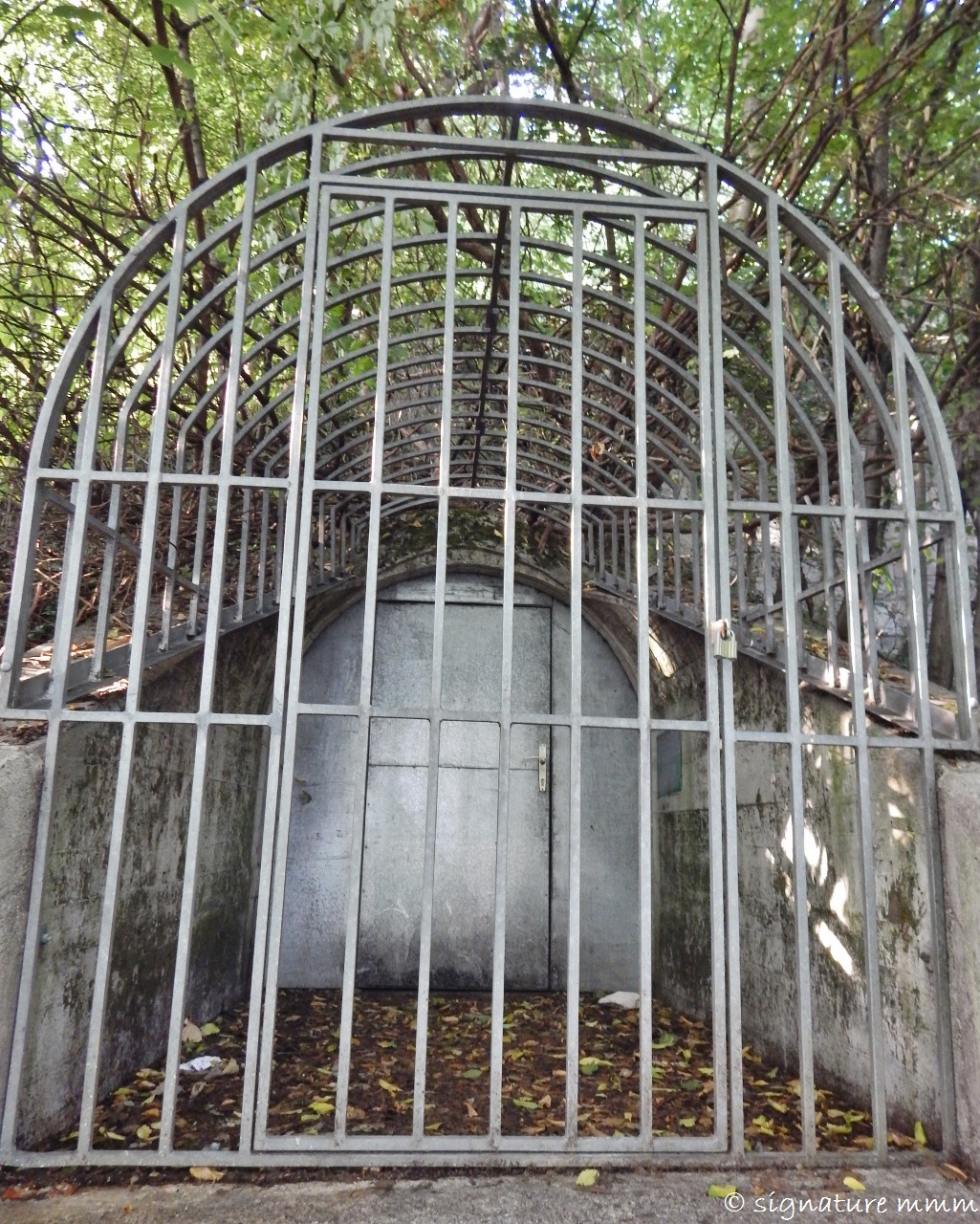 And then, when I gave up hope of finding it, I turned around and started to walk in the opposite direction. I saw it almost immediately, right next to the door I’d photographed just earlier. I sense a lesson. 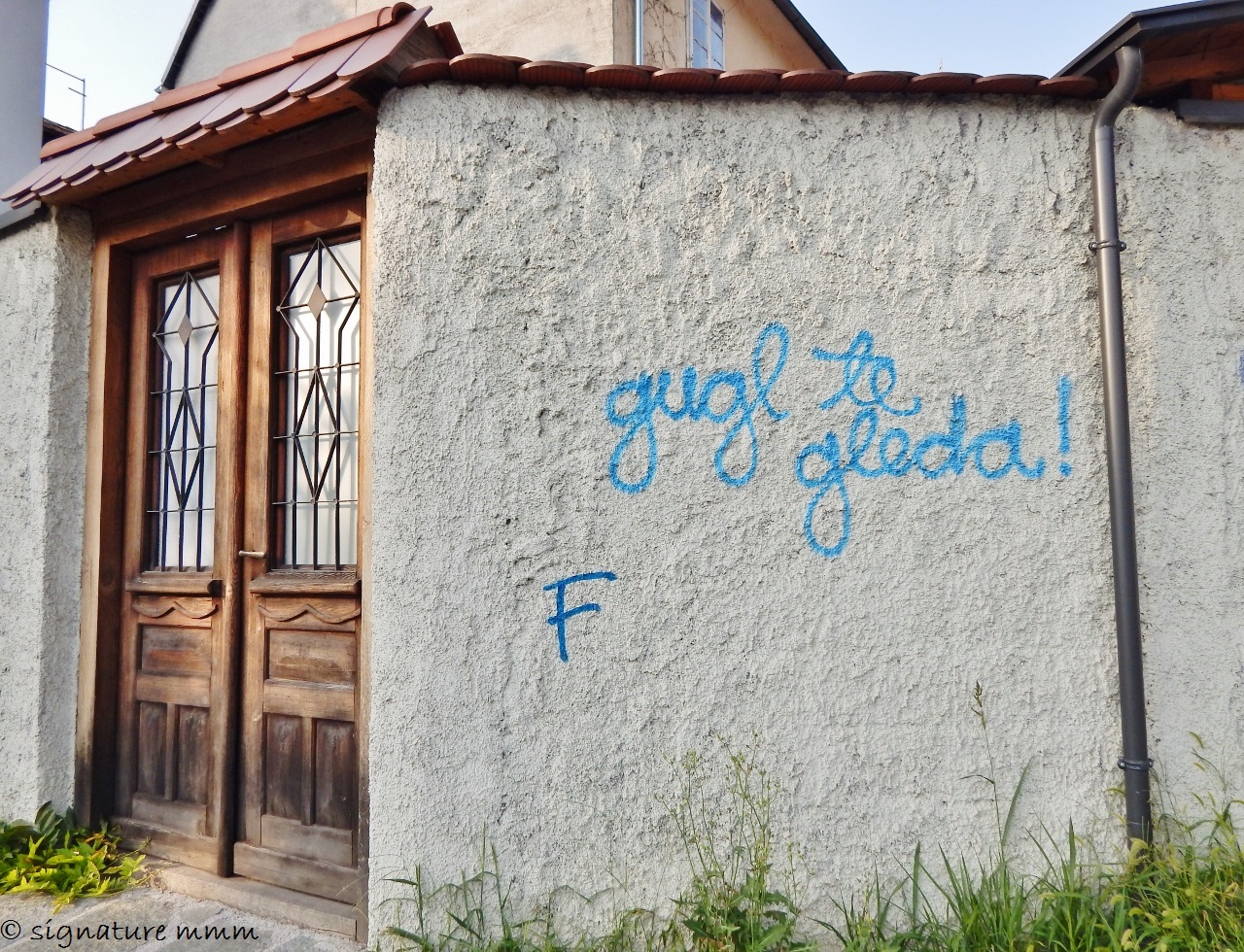 As for what is means, it says simply: “Google is watching you.” Talking about a lesson. The funniest part is that they spelled Google in the Serbian write-as-you-speak manner, turning it into “gugl”. Hihih.

This is all for my door lumber room for this week. Now you can click on the photo below and see the doors again in the flickr gallery.

This is an art gallery, it says “Lumber Room” and also “Uncle Momo’s Cabin”, and this is where we shall continue our walk next time. 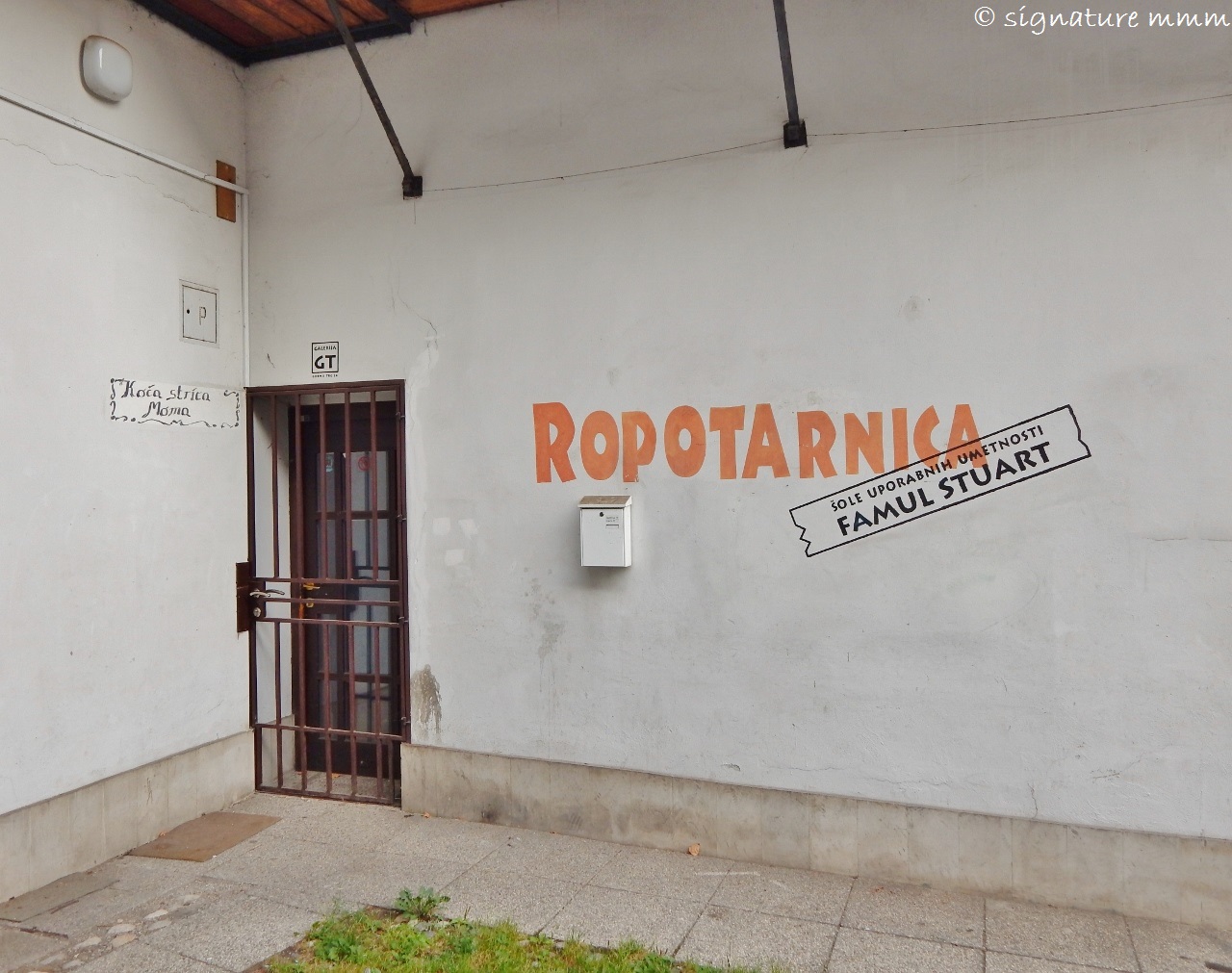