If I’d thought it through, I would have done it in my yesterday’s post already: a side-by-side comparison of black&white vs. original photos. Not giving up on the green that easily.

Once more, with feeling, I mean colours. There are some interesting points to it. Original photos have not been touched at all, apart from resizing, except one has been cropped. I know – no real photographer would ever post these. It’s like posting nudes. Pha! Luckily I’m not one of them.

I’m taking too many photos though. Every time I’m carrying my camera, I’m going to carry this sentiment too:

Certain things catch your eye, but pursue only those that capture the heart.
—Native American proverb (quotation reblogged from Zouxzoux)

In the meantime, in the make-believe land where the rich and the powerful used to get away with everything while giving each other Oscars, dominoes are falling, one by one. The election of Trump was just the pus coming out, the core was rotten yet, for decades, and fed to the entire world. Quick, have a look at your favourite film, before something is revealed to leave a really bad taste. I’d go and watch “Usual Suspects” but I’m too late.

Half of the captions are yesterday’s (since I don’t know how to post a photo twice with different captions without uploading it twice).  Click on a photo to view it in full in the gallery.

Yucca tree at home. The first pattern I was attracted to. 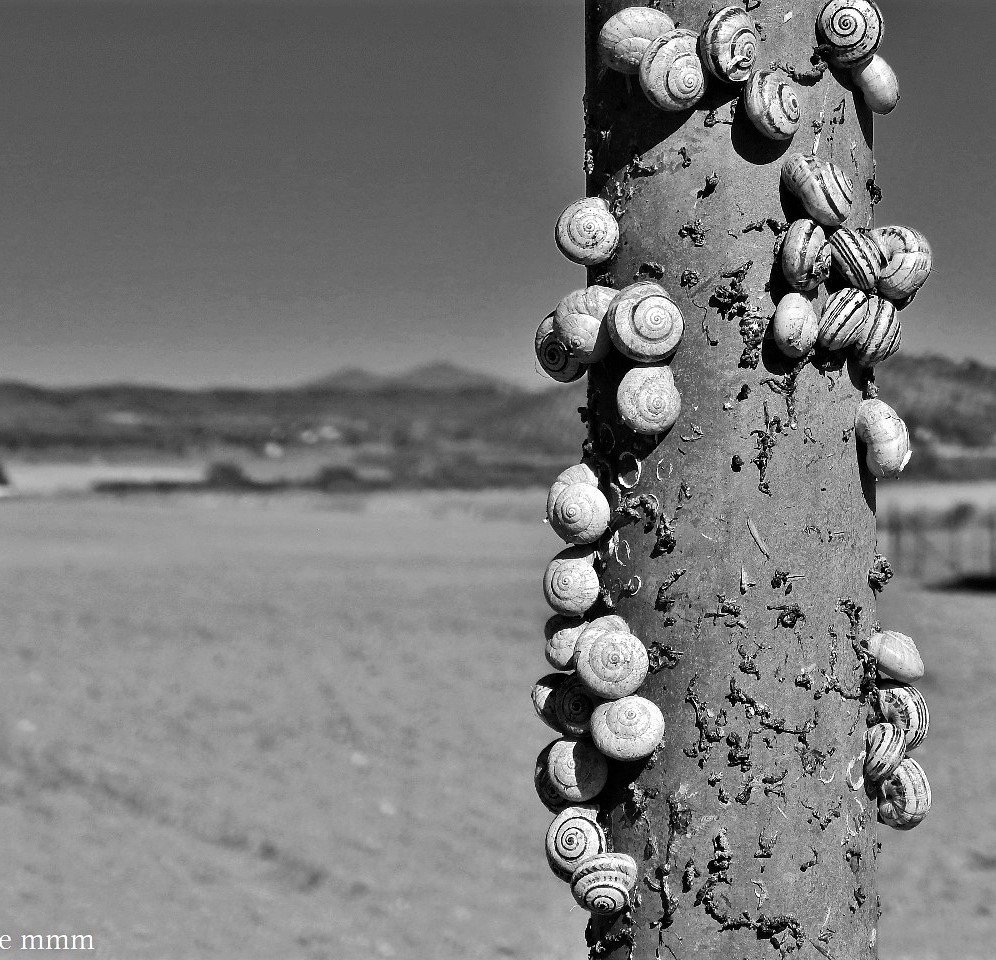 Something like a phenomenon. In the back, Monte Amiata on the right. 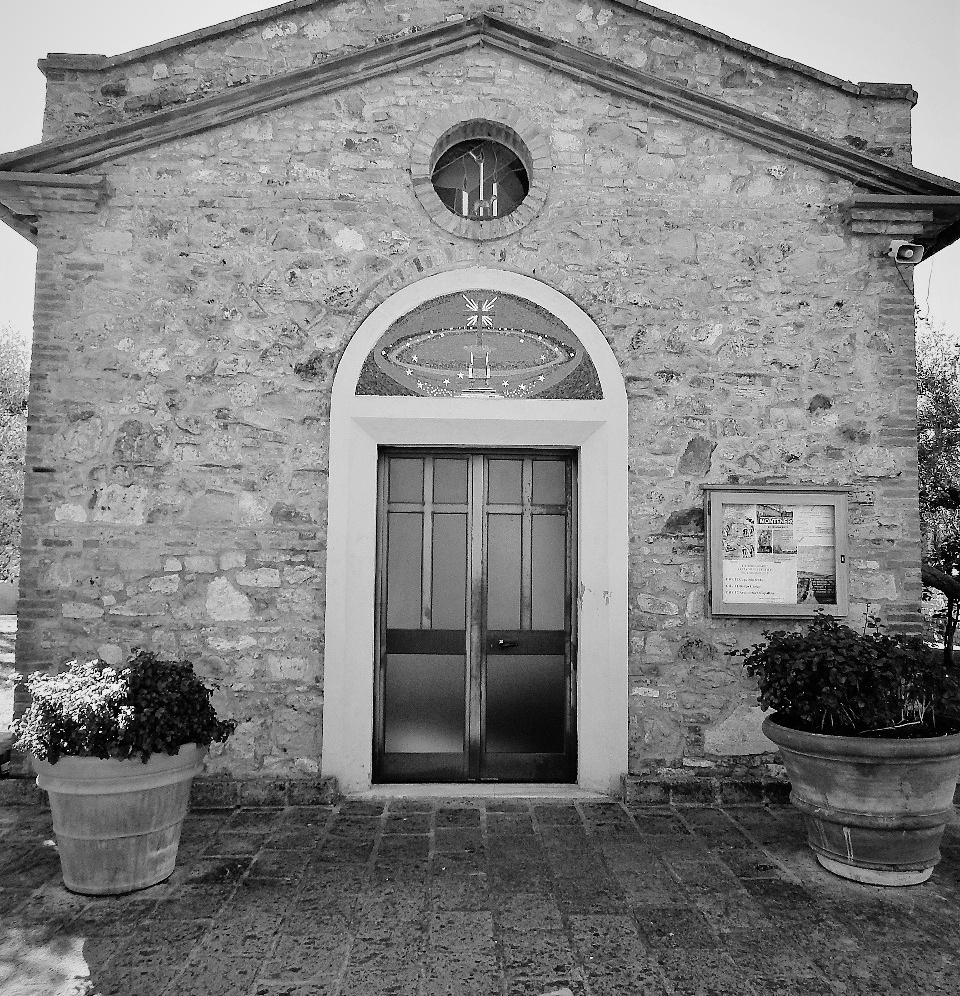 A newly discovered church. For the colours see my previous, Thursday Doors post.

The car of a hunter, I presume. Amore said the boar is in a triangle like god.

One shadow too many. When it reached the hedge, it stopped with more than half of its body still visible. Not so well played at hiding. 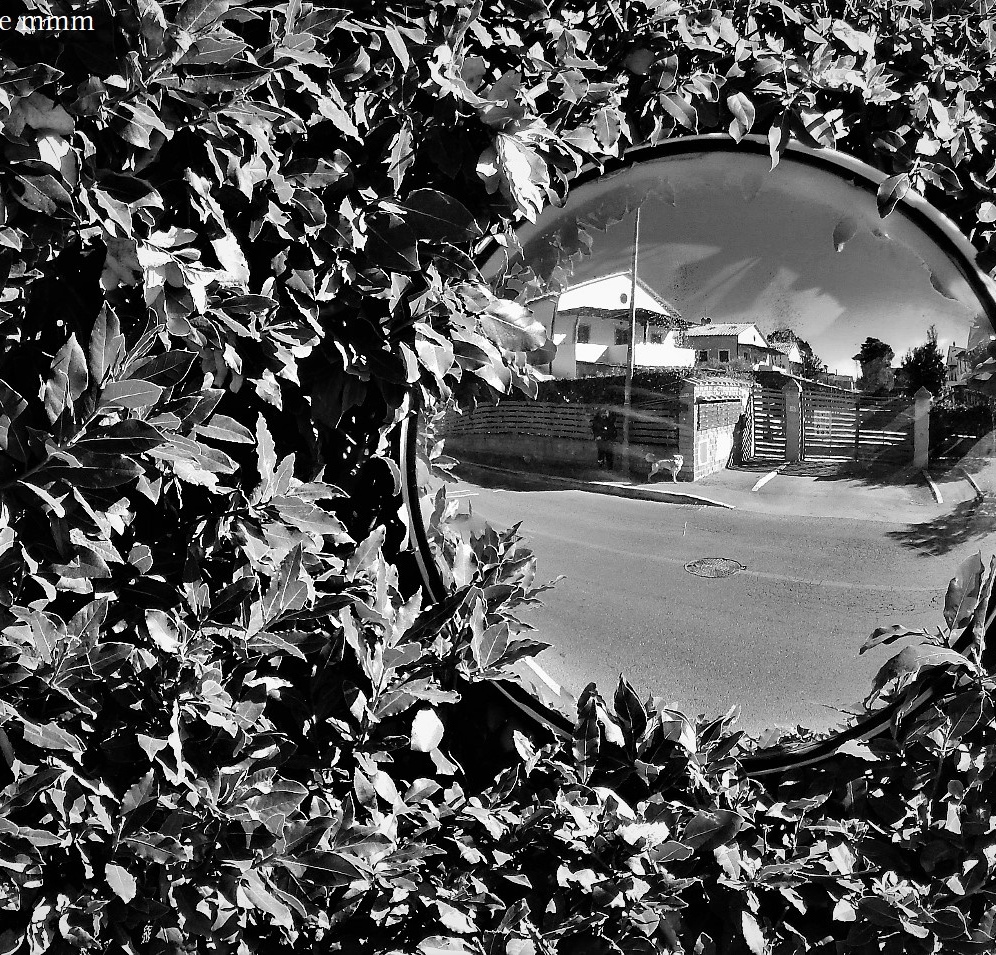 The rule-breaking reflection, first of the last day’s five. Such a waste of colour green. 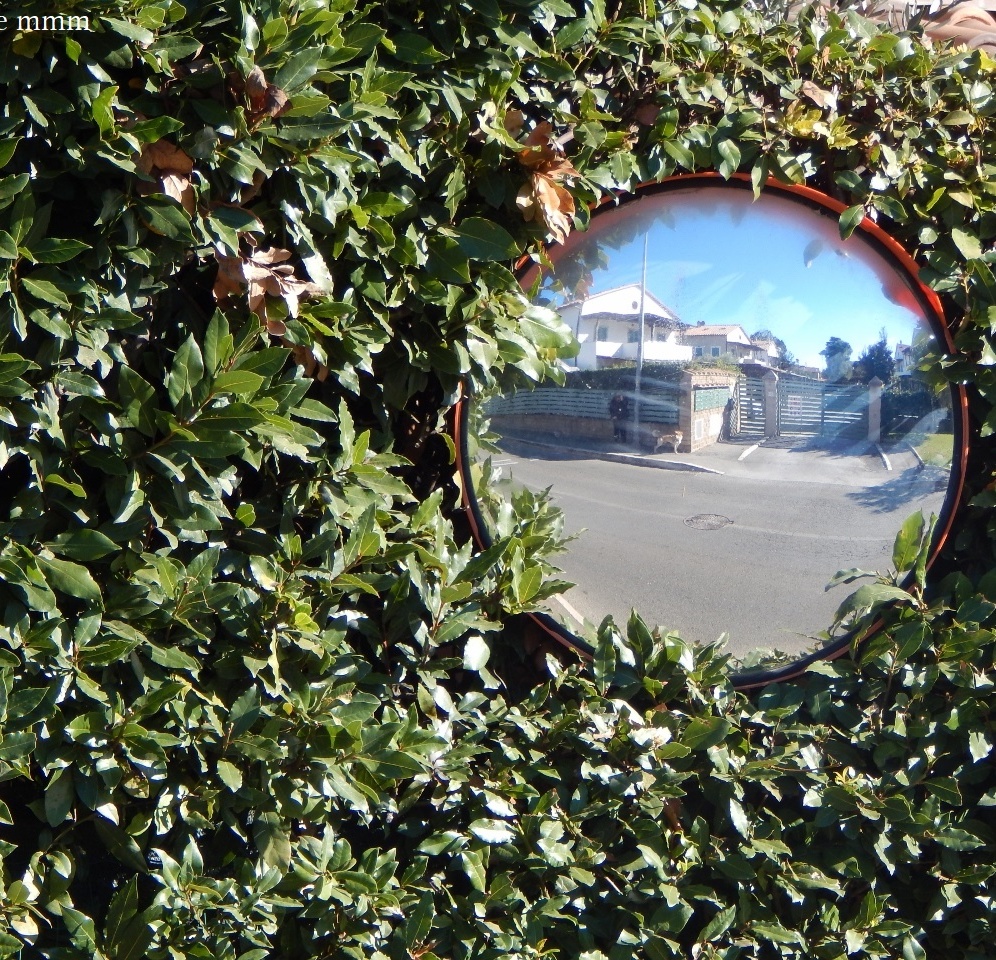 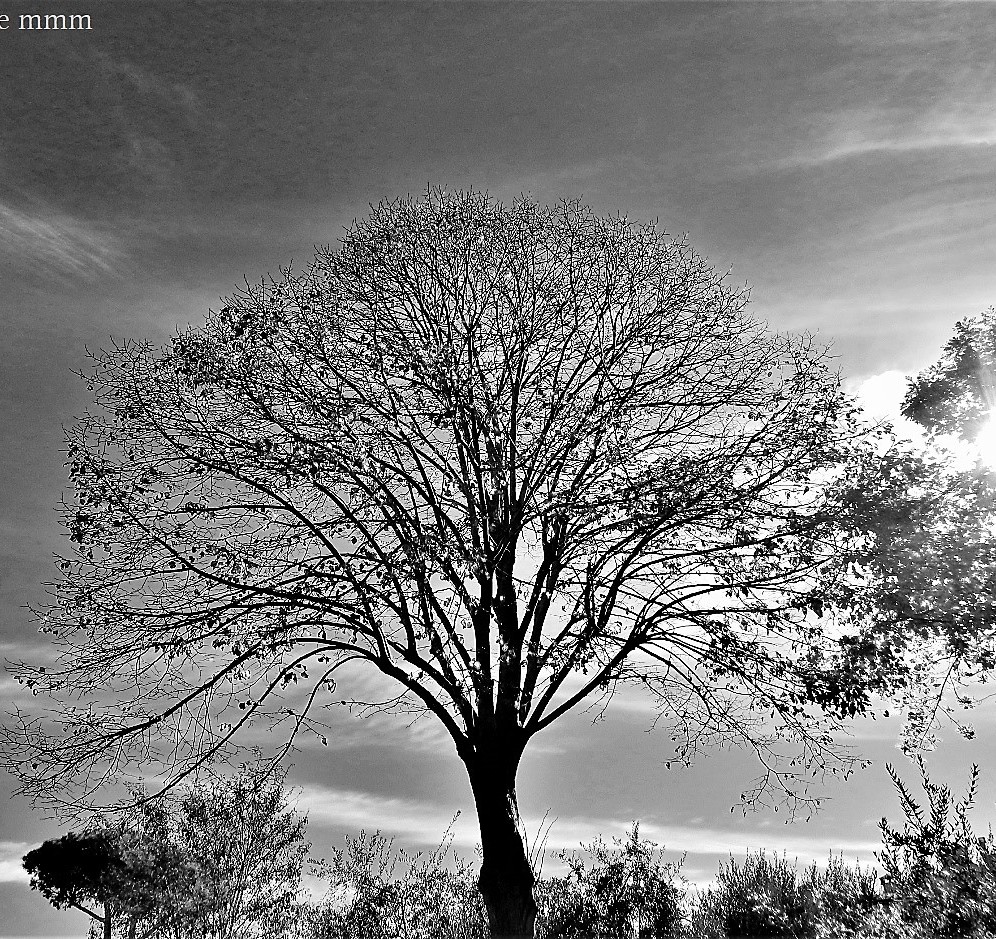 I can’t edit b&w photos. This is exaggerated, I fear. 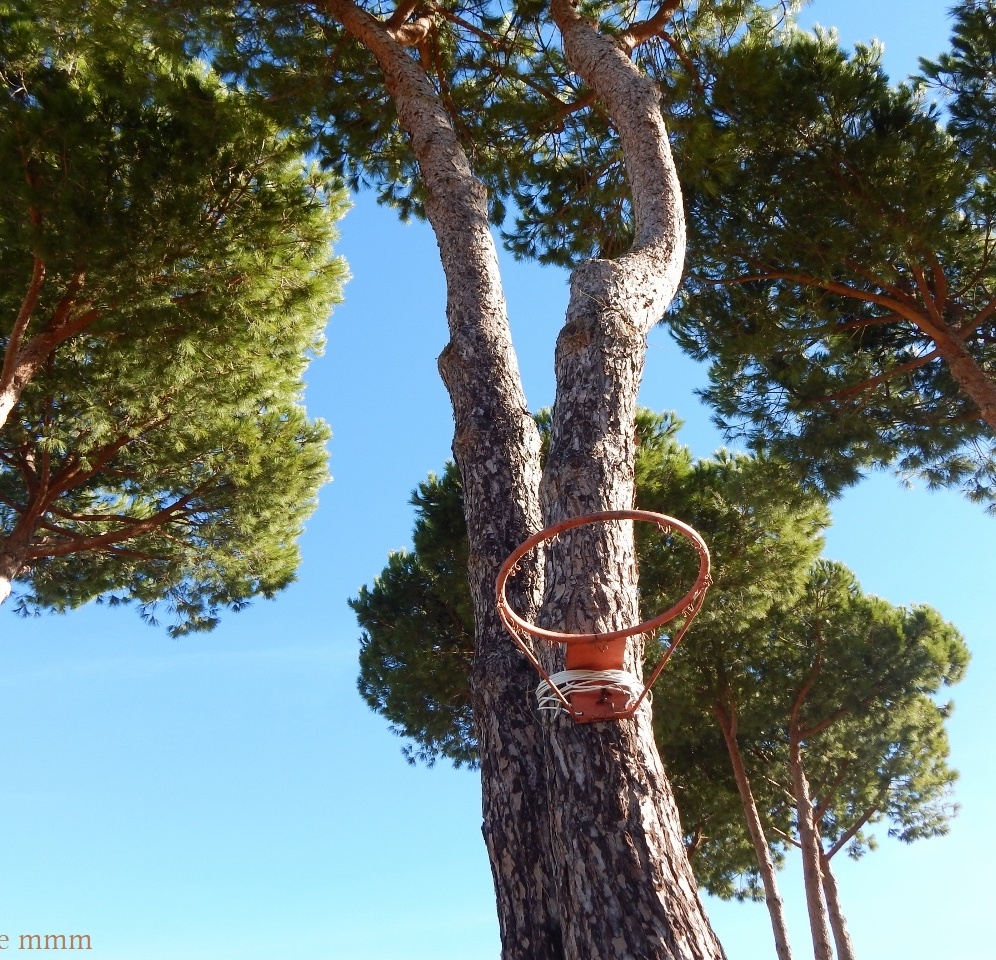 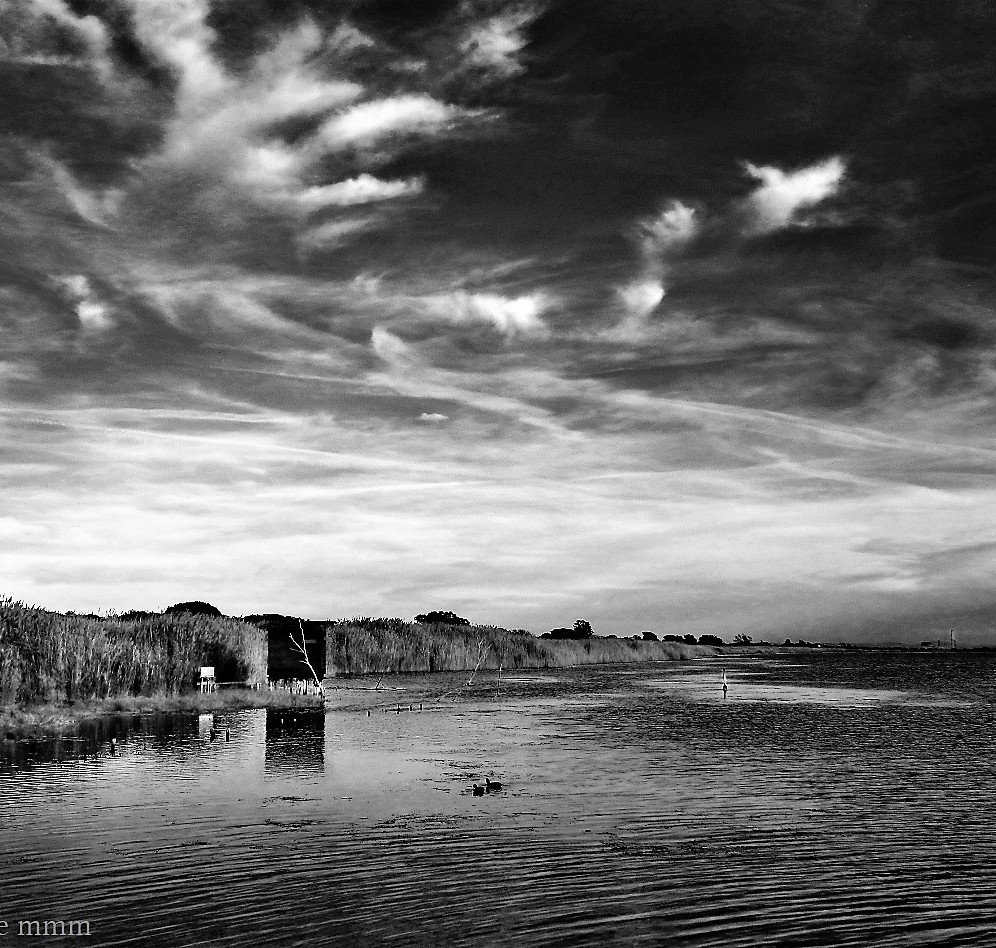 Lake Burano is a bird sanctuary. Basically the only really good use of this technique: it brings out the clouds.

The lake is truly astonishing, how plain the coloured photo is in comparison! Some others are better in colour, in my opinion, for example the hoop, while for some it makes not much difference. All in all, a good exercise.