There are three people to celebrate today: Mr. King and two friends who were born on this day the same year as me.

1. Since today is Martin Luther King in the USA, a little tale on the subject. How happy I was to find the mural depicting MLK last winter in the middle of Ljubljana! So much so that I chose it as a header to my new blog in late May when I started it and it’s still there.

This remains of the mural one year later: 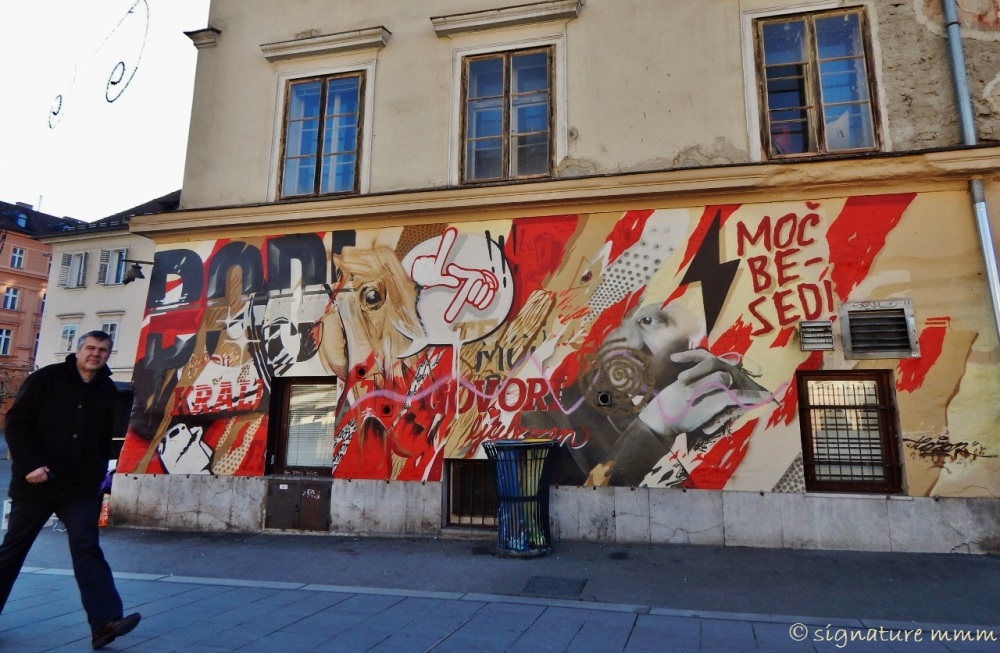 The thing is that this mural is legal and commissioned: the artist was paid for it by a phone company. Obviously some others in the street art scene didn’t appreciate this and shut Mr. King up with a pink curved line and that ugly black spiral over his mouth. I thought about it for a while but decided to keep the original up. On a wall, nothing is forever.

Do you see the international Ljubljana symbol – two fingers on two hands making ‘L’ and ‘J’? And now I can see also the part on the left: “Be a king.” Indeed, be like King. Speak love and know the power of words (and thoughts). (This and other interesting info I learnt during Ljubljana Graffiti Tour. It’s free. Nobody paid me to mention them. It’s really that cool.)

2. And now to my friends. First, M. #1 who gave herself, her husband and all the people around her first the best news of last year and then the warm bundle to follow. No other Christmas, New Year and birthday will ever be quite like these. Live long and prosper, the pack of Mihela!

Here is a photo of my pack which can’t really compare but it’s not getting any more numerous. 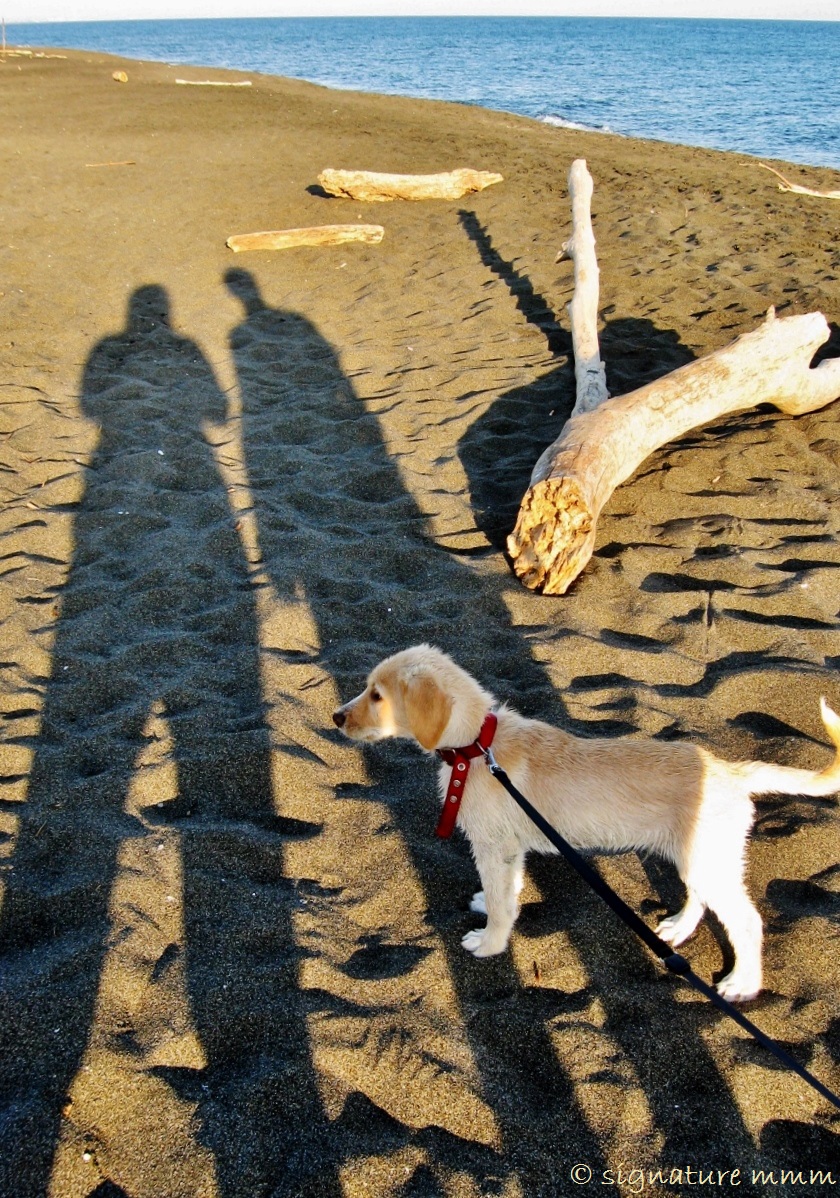 One thing is sure: my bundle will never be able to write graffiti such as the one below, courtesy of sis straight from Thailand, or even say it out loud. But I wish yours does. 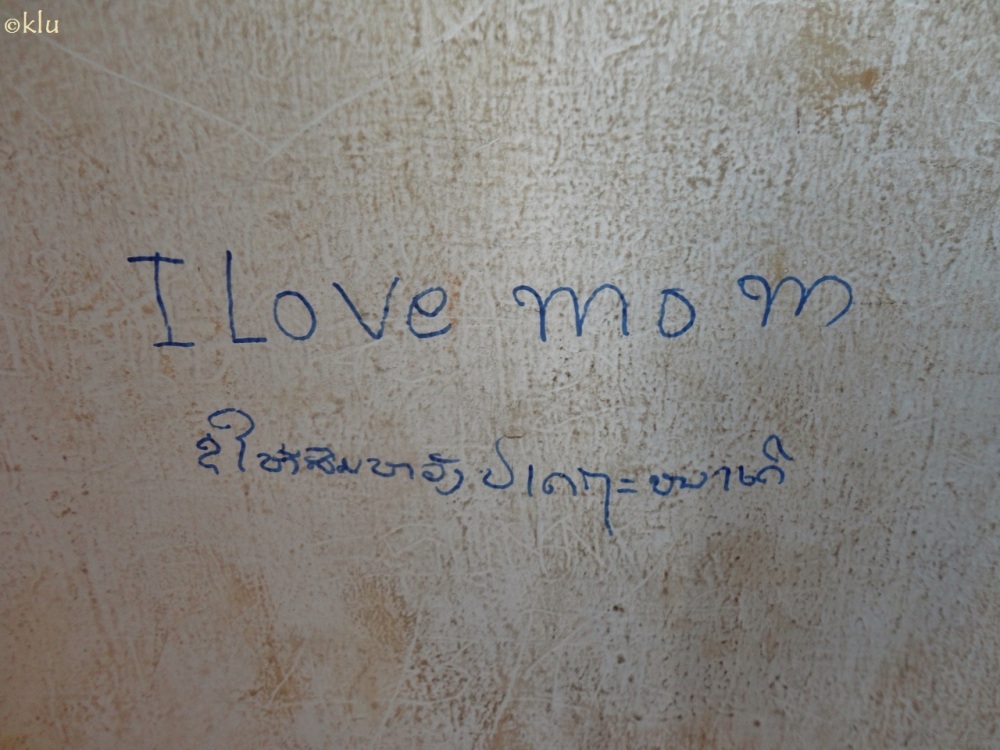 3. Unlike the first M, the second M, Mateja, I saw just recently and kidnapped her to have tea. We had a lovely chat. Next day or so father told me a piece of news that you probably know since you’ve lived in the same street all your life:

You can see Mt. Kočna from your street, that’s why it’s called “Kočenska”. And just a couple of streets away, exactly where my parents’ house is, is Grintovška St. from where you can see Mt. Grintovec. Ta-da!

Here they are back to back, first Kočenska with sun-kissed Kočna, then Grintovška with the sun on Grintovec (we can pretend that photographer had planned this days in advance):

Happy birthday to both and I wish that one day we will be able to guest you in our Tuscany!